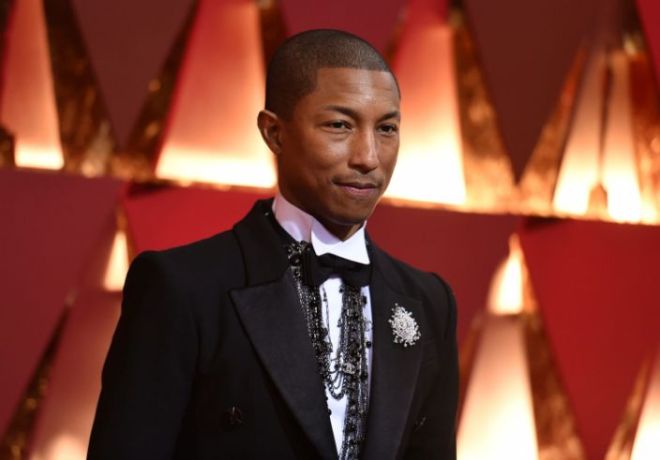 The singer, 47, curated a series of essays and conversations between Black leaders for the project, including Kenya Barris, Angela Davis, Imara Jones, Naomi Osaka, Yara Shahidi and Tyler, the Creator.

“In assembling this project, I asked some of the most qualified people I know in every field – from Angela Davis to Tyler, the Creator, to Representative ­Barbara Lee – to talk with us, and with one another, about the way forward,” he wrote in his own essay published as part of the project. “I wanted to convey a vision of a future filled with the artists, creators and entrepreneurs who can fulfill the promise of this country’s principles.

In line with the project’s debut, Williams is also releasing a new song Friday titled “Entrepreneur.” The track, which features Jay-Z, touches on themes of systemic inequalities.

Williams told Time the song’s intention is “all about how tough it is to be an entrepreneur in our country to begin with.”

“Especially as someone of color, there’s a lot of systemic disadvantages and purposeful blockages,” he said. “How can you get a fire started, or even the hope of an ember to start a fire, when you’re starting at disadvantages with regards to health care, education, and representation?”

In his essay, titled “Pharrell Williams: America’s Past and Present Are Racist. We Deserve a Black Future,” Williams spoke about the history of colonialism and slavery. The Virginia Beach native also spoke about his personal connection to being born in “the rugged spot jutting out from America’s mainland that birthed this nation.

“Being raised in the literal womb of America and the origin of this country’s oppression left an indelible impression on me,” he wrote. “I am both the promise of America and a product of its shameful past.”

He continued, “America was founded on a dream of a land where all men were created equal, that contained the promise of liberty and justice for all. But all has never meant Black people. Like most Black Americans, I understand that all exists only in the augmented-reality goggles available to shareholders, power brokers and those lucky enough to get in on the initial public offering.”

Williams seemed hopeful in describing the ongoing protests happening across the United States calling for racial equality, but made it clear there was still work to do. “The ongoing protests for equity and accountability that have overtaken cities across the nation have made me feel something new that I can only describe with one word: American,” he wrote. “America was founded on a dream of a land where all men were created equal, that contained the promise of liberty and justice for all. But all has never meant Black people … America’s wealth was built on the slave labor of Black people: this is our past. To live up to America’s ideals, we must trust in a Black vision of the future.