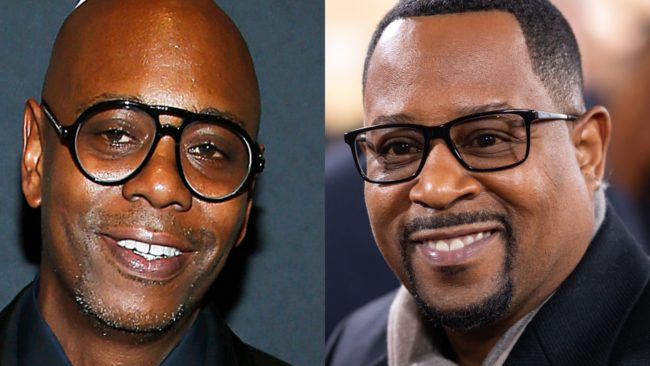 (TIML NEWS) The ‘Netflix is a Joke’ festival begins April 27.

Dave Chappelle, Martin Lawrence and Chris Rock are among the headliners for the upcoming Netflix is a Joke stand-up comedy festival, the streaming giant announced on Monday (March 2).

“This festival is a unique celebration of the art of comedy, and the role it plays in reflecting our lives and defining culture,” Netflix said in a statement. “It’s a chance for comedy lovers to come together and see their favorite artists as well as discover new ones, and for us to be able to share the electricity and excitement of the festival in Los Angeles with Netflix members around the world.”

The weeklong jaunt will hit venues all over L.A., including The Hollywood Bowl, where Chapelle will headline “an evening of music and comedy” along with “very special guests.”

On April 29, Foxx will host a show at the Palladium “featuring some of his favorite comedians.” Lawrence is billed to helm a comedy show at the  Palladium on April 30, while Hart will take the stage at The Orpheum Theatre on May 3.

Sykes will headline an LGBTQ+ celebration along with Margaret Cho, Rosie O’Donnell, Sandra Bernhard and more, on May 1.

Tickets for the comedy fest go on sale Friday (March 6).

More legendary comedians, shows, and venues than we could ever fit on a poster. Netflix Is A Joke Fest hits LA!! Tickets available Friday. https://t.co/tno4zRvBHB pic.twitter.com/7C18c1jJyV