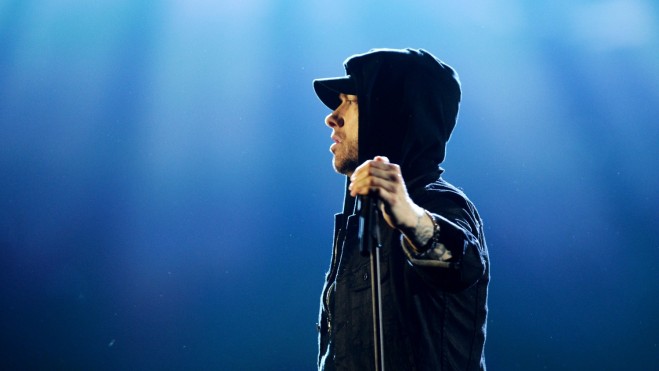 (TIML MUSIC) Eminem returns with a surprise, Dj Big Inf drops No Cap while Mac Miller gives his fans one last album, and Dreamville adds onto their historic compilation.

Eminem fans were greeted with a pleasant surprise today, with 20 new tracks from the rap legend. But there’s plenty of new music this week: Dj Big Inf tries out a trap/lofi sound and it knocks…Mac Miller fans are left with a final musical memory from him, Dreamville revamped their Grammy-nominated compilation, and Thundercat released a new single with Steve Lacy and Steve Arrington. Look below for today’s New Music Friday.

Mac Miller – Circles
The passing of Mac Miller in Sept. 2018 was one of the toughest losses that hip-hop has had in years, with the rapper/singer/producer’s kind spirit and immense artistic growth touching the lives of many. Today, his legacy continues with the release of Circles, his first posthumous album. According to a note from his family, Mac was “well into the process” of recording the Jon Brion-produced album, which was meant to be a companion piece to Swimming, the last album he released months before his death. Apple Music | TIDAL

Eminem – Music To Be Murdered By
In the first major surprise release of the year, Eminem has surfaced out the blue with Music To Be Murdered By, the follow up to his 2018 surprise release Kamikaze. Eminem tweeted that the album was inspired by filmmaker Alfred Hitchcock, and the 20-track final product has guest appearances by the likes of Young M.A., Juice WRLD, Black Thought, Q-Tip, Anderson .Paak, and a partial Slaughterhouse reunion. Apple Music | TIDAL

Today Dj Big Inf comes through yet wit another banging track called ” No Cap” which inf produced. No cap starts off with a chant saying ” No cap Yeah” over a bouncy track that demands you to stop and begin quoting the lyrics as instructed too “No Cap”

The Dreamville crew’s Revenge of the Dreamers III compilation made history in 2018, uniting over 100 musicians from around the world for a “rap camp” in Atlanta and earning a Grammy nomination in the process. Now, they’re releasing a deluxe edition with an extra 12 tracks from the same lineup that made the first edition special. Apple Music | TIDAL

Thundercat – “Black Quails”
Jazz maestro Thundercat announced a new album this week, and the beautiful first single “Black Quails” has him playing and singing alongside Steve Lacy (of The Internet) and Steve Arrington. Apple Music | TIDAL

Raekwon – The Appetition
Three years after his stellar album The Wild, Chef Raekwon has teamed up with Red Bull to release The Appetition, a three-song EP of new songs with producers and songwriters from Red Bull Songs and created at Red Bull Studios in NYC. Apple Music | TIDAL