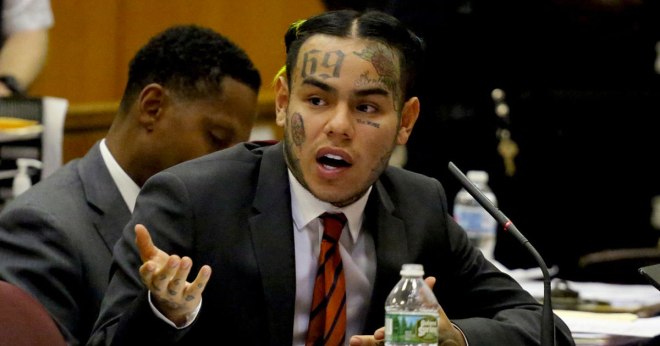 New York attorney Moe Gangat, who has been following the case closely for months, shared an Instagram post last week indicating he’d seen the legal paperwork suggesting the polarizing rap figure will be out of federal prison on Wednesday (December 18).

“Look for Tekashi to get out this Wednesday, December 18 with a sentence of time served,” he says in the video clip. “When it’s all said and done, he’s likely to have served just under one year in federal prison.

“The way federal sentencing works is the government tells the judge what sentence the person should get. Here, the government hasn’t asked for any sentence. When the government doesn’t ask for a sentence, what they’re saying is time served, no sentence.”

Papers filed yesterday suggest #6ix9ine will be released next week