(TIML NEWS) French Montana is still in the hospital. In an early morning tweet on Monday, the 35-year-old rapper took to Twitter to reveal that he’s been in the ICU for nearly a week.

“Six days in icu 🙏,” Montana wrote alongside a video he took from his hospital bed. 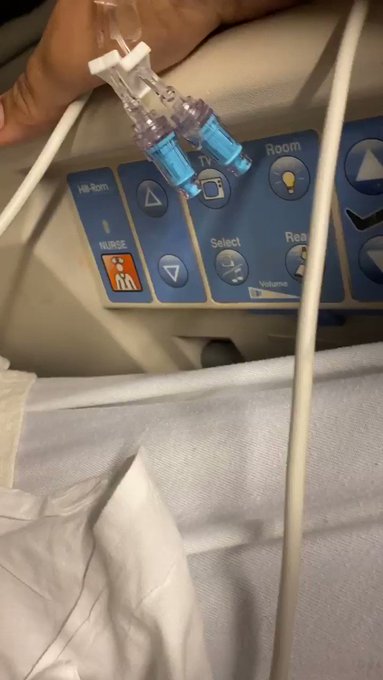 The news comes days after TMZ reported that Montana was taken to a hospital in Los Angeles on Thursday after suffering from cardiac issues and dealing with painful nausea.

At the time, a rep for the LA County Sheriff’s Department told ET that deputies initially responded to a robbery at a home in Calabasas, California, that was occupied by Montana, but that there was no evidence of a robbery found. After they arrived, however, deputies noticed that Montana was having medical issues and called the paramedics. The rapper was then transported to a local hospital.

Sources told TMZ that Montana was suffering from elevated heart rate and stomach pains, and that it could have been a result of eating contaminated food.

ET previously reached out to Montana’s reps for comment.