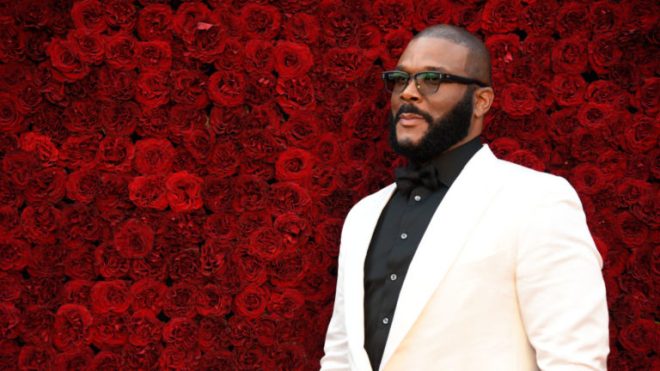 (TIML NEWS) Perry plans to keep expanding to serve those that have been displaced.

Tyler Perry produced a historic night in Atlanta when he unveiled his movie studio complex. Spanning 330 acres, the director/producer/writer hosted A-list guests in the entertainment field for an unforgettable moment. While structures like a replicated White House to massive studio lots named after famous black actors and directors were shared with the public, Perry also plans to keep expanding but this new addition will serve those that have been displaced.

In an interview with Gayle King on CBS This Morning, Perry said he’s “most excited about” establishing housing for women and girls who are victims of trafficking and LGBTQ youth that have been displaced. “Having a compound that’s a beautiful place right here, somewhere on this 330 acres where they’re trained in the business and they become self-sufficient,” he said. “They can live in nice apartments, there’s daycare, all of these wonderful things that allows them to re-enter society and then pay it forward again.”

Perry said when he first moved to Atlanta to pursue his passion, it was tough to make ends meet and ended up homeless. “Atlanta has truly been the promised land for me. I came here with nothing, lived off Sylvan Road, ended up homeless and starving, but I was always praying and believing,” he previously said on Facebook.

Now, the Madea franchise creator is looking back on his progress since purchasing his studio land in 2015. During 2019’s BET Awards, Perry mentioned the significance of Fort McPherson, home to his massive studio lot.

“The studio was once a Confederate Army base,” Perry said at this year’s BET Awards, per CNN. “And, I want you to hear this, which meant that there was Confederate soldiers on that base, plotting and planning on how to keep 3.9 million Negroes enslaved. Now that land is owned by one Negro.”

Welcome to my table!! pic.twitter.com/fzvP3lTQQX