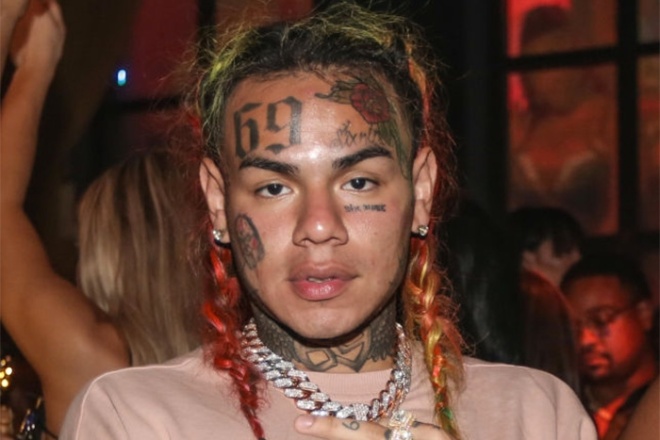 (TIML NEWS) 6ix9ine may be a punchline on social media, but he thinks he’ll be getting the last laugh.

According to TMZ, the “Gummo” rapper is well aware of the hate he’s been receiving from his peers after snitching on his fellow rappers and former Nine Trey Gangsta Bloods, but he believes they’re just jealous and running scared.

Sources close to Tekashi claim he could care less about all the hate and thinks his snitching will be forgotten about as soon as he’s released from prison. Not only that, he believes he will be more popular than ever with the masses.

Tekashi reportedly thinks that anyone who’s spoken ill of him since his whole ordeal began are not only envious, but threatened that he will surpass them when he gets out of prison and back to making music.

The list of rappers who’ve condemned 6ix9ine is long. 50 Cent, Meek Mill, 21 Savage, Snoop Dogg, The Game, and more have all publicly spoken out against the rainbow-haired rapper for snitching.

Tekashi was facing a minimum of 47 years behind bars, but is expected to receive a reduced sentence in return for his cooperation with prosecutors. However, according to Game, that doesn’t warrant his snitching. “If you gon’ do the crime, you gotta do the time,” said the Compton MC. “I don’t care how long it is. We ain’t snitchin’ out here.”