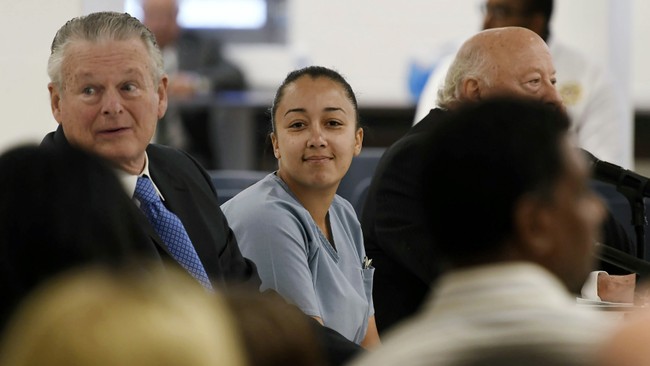 According to The Tennessean, the newlyweds tied the knot over the phone.  Brown’s publicist, Wes Yonder, confirmed the nuptials Monday (Aug. 12) but failed to disclose further details, Billboard reports. Yonder reportedly stated that Brown will reveal more on her love life in the forthcoming memoir, Free Cyntoia: My Search for Redemption in the American Prison System, hitting shelves on Oct. 15 via Atria Books.

It’s unclear how the couple met and fell in love, but Long posted a photo collage with Brown on Instagram last week. The recording artist, whose birth name is Jamie Long, was previously married to Pamela Long of the R&B group Total, for six years. The former couple’s divorce was reportedly finalized earlier this year and Pam didn’t have nice things to say about her onetime hubby. “This man is diabolical and he is such a manipulator. The way this man pursued this woman is the way he did me,” she said in a recent interview. “He came and found me using the same card, ‘He was a Christian artist.’” Pam alluded to Long possibly using Brown’s notoriety to further his own career. “May the Lord God protect her and her money.”

In 2017, Long recorded the song “Evolved,” which was inspired by Brown. Long is the grandson of guitarist Curtis Long who played for B.B. King and Bobby “Blue” Band, and nephew of Huey Long of The Ink Spots, a black pop group that rose to fame in the 1930s.

Brown, a onetime sex trafficking victim convicted of murder at age 16, was released from a Tennessee Prison for Women on Aug. 7, after being granted clemency by the state’s governor in January.