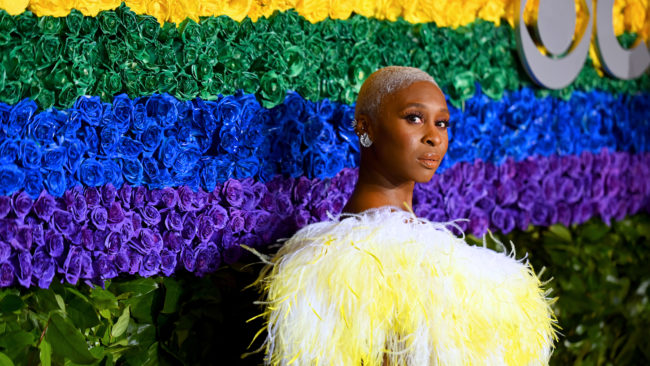 Cynthia Ervio weathered a few storms when it was announced she was cast to play Tubman. The 32-year-old Tony award-winning actress is from the United Kingdom and some naysayers felt that a black American actress should’ve been cast in the role.

The backlash surrounding Ervio fell to the waist side and has since been silenced after the trailer for Harriet was released Tuesday (July 23).

Alongside Janelle Monae and Leslie Odom Jr, the two-minute clip opens with Ervio running just before sunset, through the night and using the north star as her guide.

“I don’t know if you know how extraordinary this is, but you have made it 100 miles to freedom all by yourself.”

Once she gets north, she changes her name and decides to go back to save more. “If I’m free my family should be too,” Harriet says. “I made up my mind. I’m going back.”

Determined and strong-willed, Harriet Tubman journeys back to save as many men and women as she can often coming close to danger and death. “I will give every last drop of blood in my veins until this monster called slavery is dead.”

Watch the trailer for Harriet below