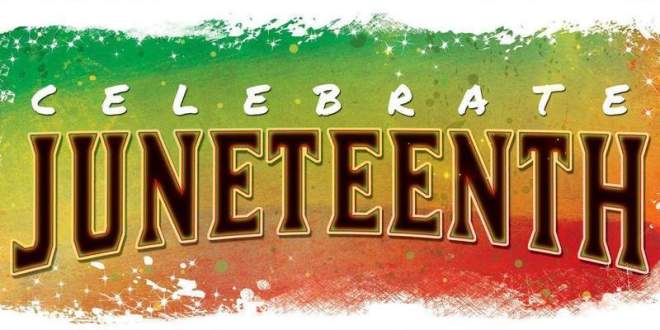 (TIML) Juneteenth is an American holiday that not nearly enough people know about or celebrate.

What exactly is Juneteenth? Well, it is a holiday that came about in Texas after the Civil War ended. In fact, it is actually the oldest holiday in the US celebrating the end of slavery and dates back as far as 1865! However, the reason it dates to 1865 is tragic. The Emancipation Proclamation was issued on January 1, 1863, but for unknown reasons, it took two and a half years for information that the war was over and that all slaves were now free people to reach Texas. There is a lot of speculation about why it took so long, but no one knows for sure why it took so long for Texas to find this crucial information.

Texas, unsurprisingly, was not compliant. There weren’t enough Union soldiers to enforce the Executive Order and it wasn’t until sometime after General Lee eventually surrendered in April 1865 and General Granger arrived in Galveston on June 19, 1865, to read the General Order No. 3. Freedmen began to celebrate, kicking off the very first Juneteenth celebration.

Across the country, people have been celebrating Juneteenth every since! Juneteenth.comdescribes the modern iteration of it as an emphasis on “education and achievement,” “a day, a week, and in some areas a month marked with celebrations, guest speakers picnics and family gatherings.” Juneteenth is a time for reflection and rejoicing. It is a time for assessment, self-improvement and for planning the future.” We couldn’t have said it better ourselves.

• “There are those who say to you – we are rushing this issue of civil rights. I say we are 172 years late.” -Hubert H. Humphrey

• “Anytime anyone is enslaved, or in any way deprived of his liberty, if that person is a human being, as far as I am concerned he is justified to resort to whatever methods necessary to bring about his liberty again.” – Malcolm X

• “A riot is at bottom the language of the unheard.” -Martin Luther King Jr.

• “I am black and I am beautiful! I am – Somebody! Soul Power!” -Jesse Jackson

• I love Juneteenth. Everyone comes together, laughing and telling stories. 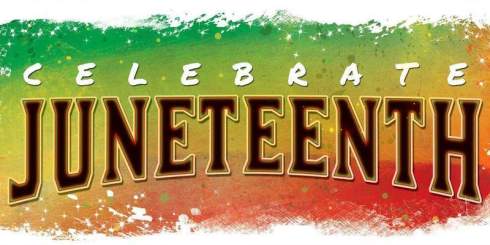 • “The United States has been called the melting pot of the world. But it seems to me that the coloured man either missed getting into the pot or he got melted down.” -Thurgood Marshall

• Juneteenth: We too must never forget.

• Juneteenth is a fun celebration each year that has a parade and food and ton of other fun things. Still, we have to remember why we celebrate: the end of slavery, an atrocity that went on for 100s of years. Never lose that perspective

• “The road ahead is not altogether a smooth one. There are no broad highways that lead us easily and inevitably to quick solutions. But we must keep going.” -Martin Luther King Jr.,

• My family has helped organize the local Juneteenth celebration for decades and I’m proud to say that this year, I will be carrying on the tradition!

• The White House was built by slaves but some places still don’t want to celebrate Juneteenth. Hmm.

• “I have learned over the years that when one’s mind is made up, this diminishes fear; knowing what must be done does away with fear.” -Rosa Parks

• “Freedom is people realizing they are their own leader.” -Diane Nash

• I look forward to seeing my little brothers, sisters, and cousins proudly marching in the Juneteenth parade every year!

• A gender and sexual minorities professor from the university will be giving a lecture at Juneteenth on what it means to be black and LGBT in 2019. Be sure to check it out!

• “The most common way people give up their power is by thinking they don’t have any.” -Alice Walker

• “Struggle is a never-ending process. Freedom is never really won, you earn it and win it in every generation.” -Coretta Scott King

• My goal is to bring awareness to Juneteenth and what it means to our history as a country.

• Getting together a big group of my nonblack friends that have never been to a Juneteenth celebration. I want them to see what it is so important to me.

• “For the master’s tools will never dismantle the master’s house. They may allow us to temporarily beat him at his own game, but they will never enable us to bring about genuine change. Racism and homophobia are real conditions of all our lives in this place and time. I urge each one of us here to reach down into that deep place of knowledge inside herself and touch that terror and loathing of any difference that lives here. See whose face it wears. Then the personal as the political can begin to illuminate all our choices.” -Audre Lorde

• With libery and justice for all.

• “The future belongs to those who prepare for it today.” – Malcolm X

• “We’re in denial of the African holocaust…We don’t want to sit down and listen to these things, or to discuss them. But we have to.” -Ilyasah Shabazz

“Segregation is that which is forced upon an inferior by a superior. Separation is done voluntarily by two equals.” -Malcolm X

• Love your culture and your people.

• “If you are silent about your pain, they’ll kill you and say you enjoyed it.” -Zora Neale Hurston

• A people without knowledge of their history is like a tree without roots. Happy Juneteenth!

• Can you recognize the Juneteenth flag? No? Maybe you should change that.

• “Since anti-racist individuals did not control mass media, the media became the primary tool that would be used and is still used to convince black viewers, and everyone else, of black inferiority.” – bell hooks

• Happy Juneteenth. Celebrate your freedom today and every day!

“This is about Us, with a capital U; everybody who looks like us, feels like us, and is experiencing this pain with us.” -Angie Thomas, The Hate U Give

• Montana, North Dakota, South Dakota, Hawaii, and New Hampshire: the states that still don’t recognize Juneteenth. If you live in one of these states, write your senator!

• Apple finally added Juneteenth to their official US holiday calendar this year. I don’t know whether to be happy or to bang my head against the wall.

• A day of remembrance.

• “For all of the pedestals MLK is now put on, far above the reach of ordinary black Americans, Martin was in his life viewed as the most dangerous man in America.” -Ijeoma Oluo, So You Want to Talk About Race

• Repeat after me: I am black. I am beautiful. I am intelligent. I am enough.

• “You can’t separate peace from freedom because no one can be at peace unless there’s freedom.” -Malcolm X

• It is really messed up that Jefferson Davis’ birthday is a state holiday in Alabama but Juneteenth isn’t.

• Already planning some activities for Juneteenth next year!