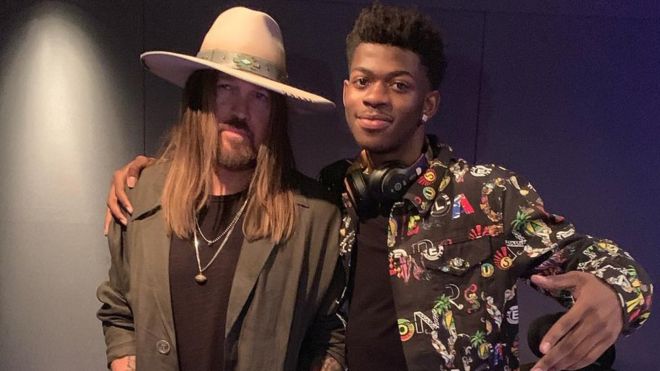 In the video, the rapper and country singer are cowboys in the Wild West that travel into the present still dressed in their country garb. Lil Nas X then proceeds to show off his horse to a very confused inner-city neighborhood before he and Cyrus hit up a bingo game at the town hall where senior citizens square dance.

The artists aren’t the only ones to drop a video to the country-hip hop banger.

Earlier this week Kim Kardashian and her daughter North West posted a video to the tune, to which Lil Nas X responded, “Its north’s song now u guys.”