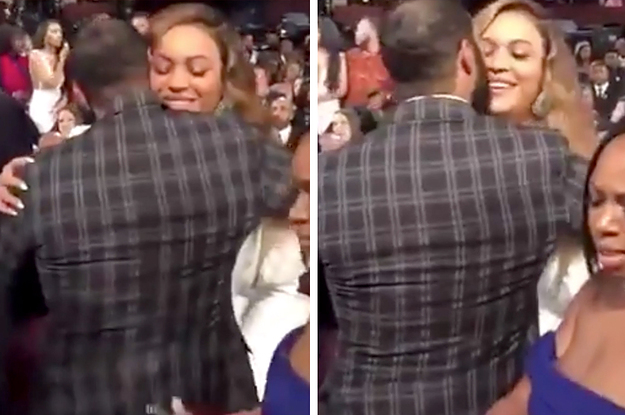 (TIML TEA) Power actor Omari Hardwick — who plays “Ghost” on the popular STARZ show — is catching hell for his awkward attempt at kissing Beyoncé — not once but twice! — at the NAACP Image Awards on Saturday night (March 30) at the Dolby Theatre in Hollywood.

And yes, it was right in front of JAY-Z.

In a clip of the encounter, Bey tries to dodge the second attempt as Hardwick comes dangerously close to kissing her right on the mouth.

Her face and noticeable shift in body language say it all.

Twitter, of course, couldn’t wait to jump in with a flurry of opinions on the matter.

Some people didn’t see what the big deal was, while others were in pure disbelief he even tried to go there. Royce Da 5’9 fell into the latter category.

“Omari Hardwick must can scrap,” he wrote. “Or sum’n. That shit was almost inconceivable … I’m like wiping my eyes to make sure I’m looking at the right shit.

Did Omari really have to kiss Beyoncé twice? Playing ghost got you brave huh pic.twitter.com/TBIzR80sH3