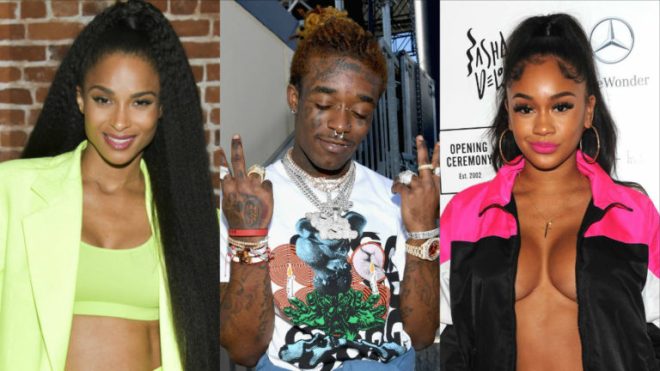 (TIML MUSIC)  Who are you listening to?

It’s a new week, and we’ve compiled a brand new list of new releases that you have to hear. From Saweetie to Ciara and Lil Uzi Vert, check out the best, new music you should be listening to below.

Saweetie is back. The west coast artist dropped her new EP, ICY, featuring seven new tracks. The project serves as a follow-up to her Mar. 2018  EP, High Maintenance.

Birdman and Juvenile have team up for a new Cash Money project. Just Another Gangsta consists of 12 songs and only one guest appearance from Choppa.

The LP arrives nearly one month after the duo celebrated the 20th anniversary of the successful banger, “Back That Azz Up.”

Listen to Birdman and Juvenile’s new project below

Big Inf connects with Mic Handz and Ali Vegas for ‘I Believe’.

Big Inf comes through manifesting high power with this Track called ‘I Believe‘. Inf is joined by two fire spitters in Mic Handz and Ali Vegas. If you know anything about believing the words that come from your mouth take on an energy, you will appreciate this single.

Big Inf wants you to speak into existence the things that you desire. Start speaking it now and press play on the single below.

Ciara is hitting the ground running with her new track “Thinkin Bout You.” The track comes from Cici’s forthcoming album Beauty Marks, which will be released through her own record label, Beauty Marks Entertainment.

Listen to “Thinkin Bout You” below.

After a brief hiatus and a lengthy battl with his label Generation Now, Lil Uzi Vert is relaunching his career with a new track. On “Free Uzi,” the rapper discusses his journey to financial stability.

“Had to get my business together/ I had $3 million in taxes/ I got it all off on this level/ They said it’s $3 million missing/ I ain’t say nothing, I stay level,” he spit.

The new single arrives shortly after Uzi announced the delay of his Eternal Atake album and music retirement. The turn of events, however, could likely be connected to his new management deal with Roc Nation, which Billboard confirms was secured earlier this week.

Listen to “Free Uzi” below.