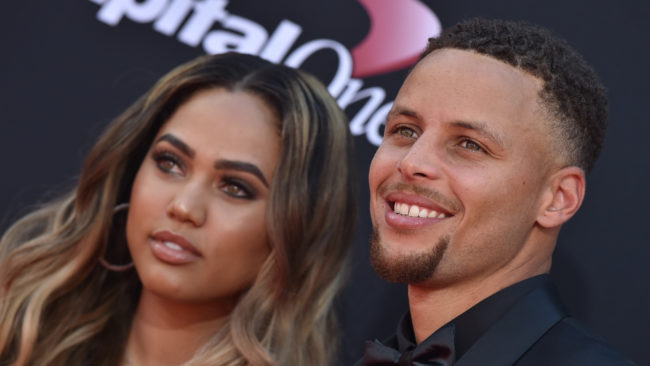 (TIML NEWS) The first recipient will be announced in honor of International Women’s Day.

Steph and Ayesha Curry are launching a new scholarship fund for college-bound girls in the Bay Area who are interested in a STEM (science, technology, engineering and math) fields. The scholarship, announced Friday (March 8) by the Steph & Ayesha Curry Family Foundation, was inspired by 9-year-old Riley Morrison, the young girl who questioned why Curry didn’t include girl’s shoes in his Under Armour  sneaker line.

In honor of International Women’s Day, the Warriors guard introduced a special purple colorway version of the Curry 6 sneakers, co-designed by Morrison.

According to a tweet from the Curry Foundation, the 30-year-old NBA player wasn’t “comfortable profiting off Riley’s shoe design, so he went to Under Armour and turned it into a scholarship that will impact girls for years to come.”

The annual scholarship will be awarded to one “college-bound female student from the Bay Area who has shown an aptitude for overcoming adversity, catalyzing change within her community and demonstrating excellence in a STEM-related field of study.” The $30,000 scholarship will be paid out over two years and requires the beneficiary to maintain a 3.0 GPA.

The first recipient will be announced at the Golden State Warriors vs. Denver Nuggets game on Friday night.

Check out the full scholarship announcement below.

.@StephenCurry30 wasn't comfortable profiting off Riley's shoe design, so he went to @UnderArmour and turned it into a scholarship that will impact girls for years to come. #RuinTheGame pic.twitter.com/d72fvkP9E7