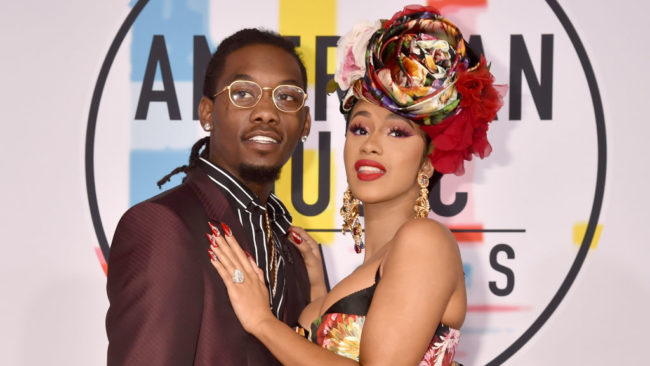 (TIML NEWS) Its safe to say we all saw this coming..”I don’t know, it might take time to get a divorce.”

Cardi B and Offset have been so many people’s couples goals since they first joined forces, but it seems they are no longer together. Cardi announced that the married pair are no longer a unit on Instagram on Wednesday (Dec. 5).

“So everybody been buggin’ me and everything and you know I been trying to work things out with my baby father for a hot minute now, and we’re really good friends and we’re really good business partners and you know, he’s always some one that I run to, to talk to and we got a lot of love for each other,” she said in the video. “But things just ain’t been working out between us for a long time, and it’s nobody’s fault. It’s just I guess we grew out of love.”

The Bronx rapper also noted that she is considering getting a divorce. “But we’re not together anymore. I don’t know, it might take time to get a divorce,” she continued. “And I’m going to alway have a lot of love for him because he is my daughter’s father.”

As previously reported, Cardi B and Offset got married in Sept. 2017, one month before their public engagement at the Powerhouse concert in Philly. Their union has been plagued with rumors of infidelity however. Cardi previously commented about the rumors regarding her husband to W Magazine in Oct. 2018. “Every single day there’s rumors about me and my dude. And it almost drives me crazy, because I start to believe them. I don’t have no proof. I don’t have receipts. But I just got to know my man,” she said.