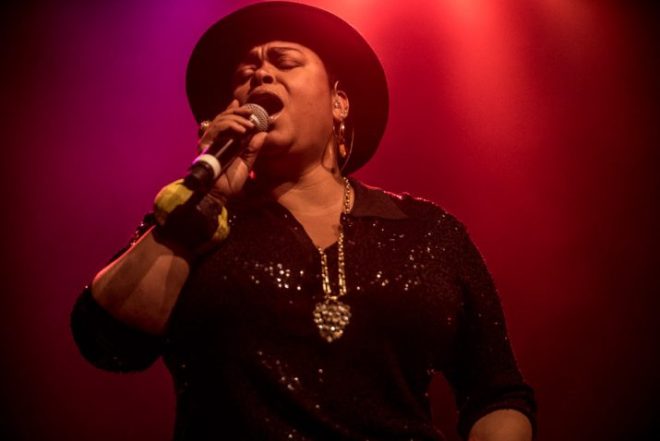 (TIML NEWS) It shouldn’t surprise anyone that Jill Scott, an R&B singer who has collaborated with The Roots and starred in several Tyler Perry films and in “Get on Up” as James Brown’s wife, can get a little nasty, both in her songs and on stage.

Scott got a little freaky with her microphone and performed some NSFW action on it at a previous concert, with the footage of it just surfacing. Watch it below:

Fans lit up Twitter with their reactions and GIFs to Scott’s maneuver, though many of her more dedicated fans noted that if people listened to more than a few of her songs, they’d know that the singer’s provocative actions are normal, with the explicit lyrics in her song “Crown Royal” being a prime example.

Scott also directly responded to the reaction, explaining how this is very much a part of her storytelling as an artist, and that fans will also leave very happy.