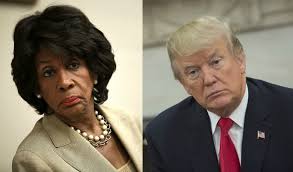 (TIML NEWS) California Rep. Maxine Waters’s re-election during the midterm elections Wednesday set her up perfectly a position as the head of the House Financial Services Committee. If appointed, Waters plans to bring to light President Donald Trump’s relations with Deutsche Bank and the country’s very problematic banking system.

In an interview with Bloomberg Wednesday (Nov. 5), Waters shared potential investigations, including Trump’s tax returns and his relationship with Deutsche Bank. Since his tenure, Trump has refused to make his tax returns public, a traditional measure other presidents have done in the past. Trump reportedly received money from Deutsche Bank before his run for president.

“It’s one of the pieces of business that we will investigate,” Waters said.  “We will deal with that when we come to it.” Waters would also look into fraudulent dealings by banks and as Fortunes reports, flipping  Trump’s deregulation of banks and financial institutions. While the Democrats have dominated the House, the Senate is still run by the Republicans, causing more roadblocks than immediate solutions.

Despite this, the role can do wonders for the future of consumer protection from payday lenders and secure more rights for the Consumer Financial Protection Bureau. It will also be a historic moment for Waters. If given the title in January, she will be the first woman and African-American to lead the committee.