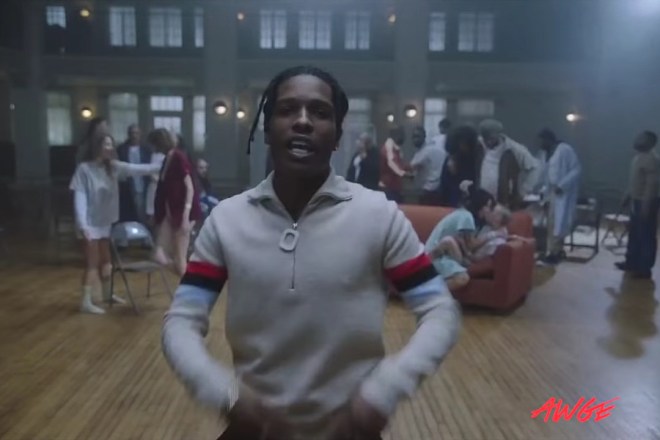 With the AWGE collective handling directorial duties, the Uptown natives find themselves wilding out inside of a psychiatric hospital before breaking out. Also, actress and singer Juliette Lewis plays an alcohol and Mary Jane counselor who gives the Mob permission to smoke weed if they get out of her office.

In related AWGE news, Rocky and his comrade Tyler, the Creator traded bars over Monica’s Kanye West-produced “Knock Knock” instrumental for a record they dubbed, “Potato Salad.” This is the third installment of the AWGE’s behind-the-scenes documentary series titled, ‘AWGE DVD Vol. 3′.

The 48-minute documentary features freestyles by Ferg, Kanye West, Rocky, Maxo Kream, as well as an unreleased song from Lil Uzi Vert, and much more.

Watch the “Crazy Brazy” video above and AWGE DVD (Vol.1) below.