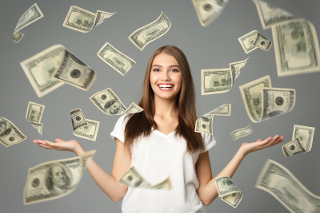 (TIML NEWS) BOSTON — For a few minutes, a Boston woman says she was a millionaire.

Ellen Fleming says she received a voicemail from a TD Ameritrade financial consultant Wednesday afternoon that a deposit had been made into her account.

The 26-year-old opened the company’s app on her cellphone and was surprised to find $1.1 million instead of the $50 that she had left a few months ago.

Fleming tells The Boston Globe that she immediately thought about quitting her job and paying her student loans. Instead, she called the consultant back and informed them of the mix-up.

Fleming says the money was meant for a woman with the same name who lives in Florida.

She jokes that in her obituary she would like to be referred to as a “one-time millionaire.