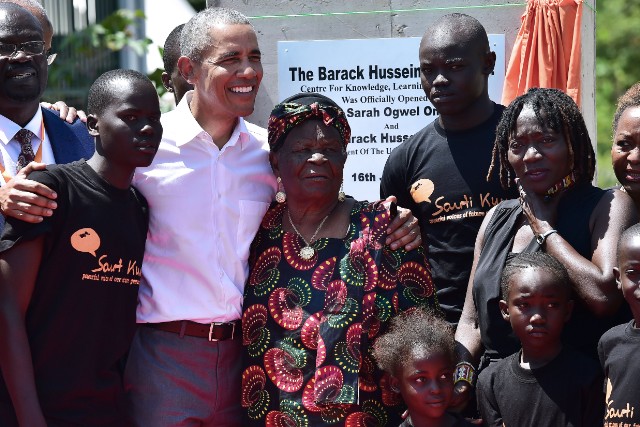 (TIML NEWS) Family comes first with Barack Obama, paired with some awkward uncle dancing. The former commander-in-chief has been enjoying his time in Africa since touching down on Sunday (June 15). In addition to a stop in Johannesburg, Obama traveled to Kenya to celebrate the unveiling of his half-sister Dr. Auma Obama’s sports and training center. The center was founded by Dr. Obama’s foundation Sauti Kuu, the Associated Press reports. The sociologist, community activist and Kenyan writer has worked with various charities like CARE. The Sauti Kuu Foundation has dedicated time and resources to children of rural and poverty-stricken areas. The siblings share the same father, who lived in Kenya.

Obama dancing in Kenya is the perfect antidote to today pic.twitter.com/mP7WqTTo7Q

“It gave me a sense of satisfaction that no five-star hotel could ever provide. Because it connected you to your past, and it connected you to the stories of those that came before you,” Obama said on Monday (July 16) while speaking on visiting his father’s grave in his late 20s.

Obama had no problems showing off his dance moves. During the celebration, his 96-year-old stepmother Sarah Obama, also had no qualms about dancing as she stood from her wheelchair to teach him a thing or two.

Tuesday (July 17) carried a different tone for Obama as he gave a speech at the 2018 Nelson Mandela Annual Lecture.

Check out Obama bust a few moves below.