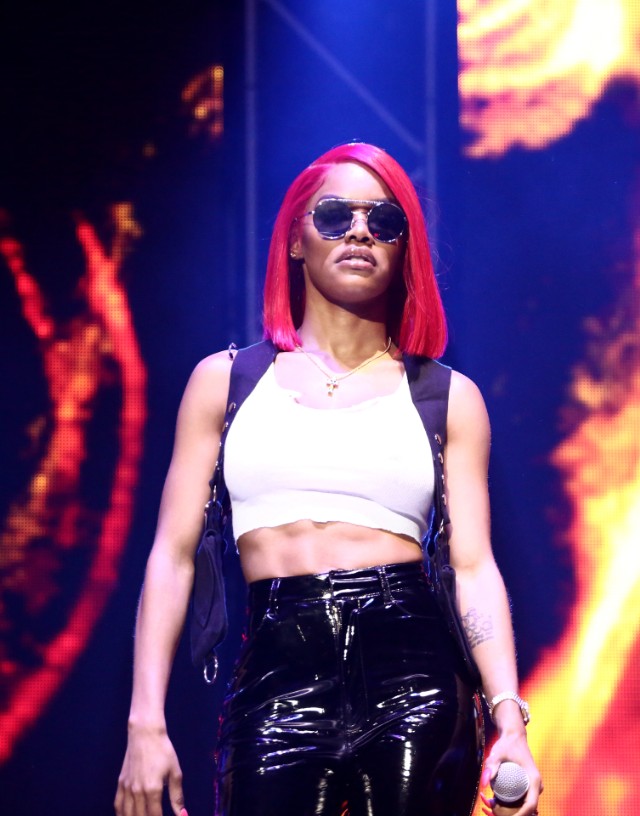 (TIML MUSIC) Despite getting fans’ hopes up by announcing that a “more complete” version of K.T.S.E. would be available over the weekend, it appears Teyana Taylor’s sophomore album will remain as is.

While answering Twitter questions on Monday afternoon (Jul. 2) about the whereabouts of the previously-announced updated version of the eight-song LP, Taylor wrote “I guess we ain’t getting one,” with a shrugging emoji.

In a later tweet, she explained that the sample clearance is one of the core reasons for the delay. However, she assured fans that the extended records and songs will be heard via visuals that will accompany the album.

“A lot of clearance issues, sh*t takes time,” she wrote. “At this point, I will leave album the way it is & will just debut the extended records thru my visuals!”

After the release of her long-awaited album, Taylor spoke to radio host Big Boy to discuss that what we believed to be the completed project was missing several samples and interpolations.

“If I would’ve really done what I wanted to do with the album, y’all wouldn’t have had it,” she said, exasperatedly. “I would probably have to blame a little bit of everybody.”

Guess we’ll have to wait a bit longer for the visuals in order to hear what Teyana had cookin’ for us.

I guess we ain’t getting one. 🤷🏾‍♀️ https://t.co/VBKQqYaHBy

A lot of clearance issues, shit takes time. At this point I will leave album the way it is & will just debut the extended records thru my visuals! https://t.co/rZ1GoLcuml