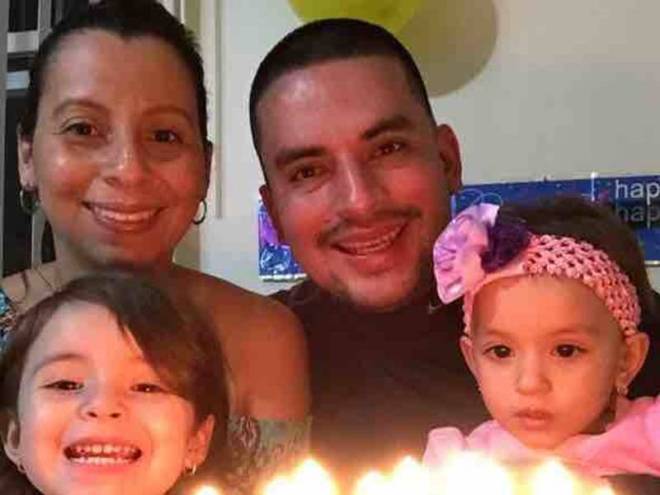 (TIML NEWS) He went from delivering pizza to being detained by immigration officers.

A guard at an Army garrison in Brooklyn called Immigration and Customs Enforcement on a pizza delivery man who made a delivery there on Friday. Now, Ecuadorean immigrant Pablo Villavicencio is in ICE custody pending removal from the country, agency spokeswoman Rachael Yong Yow said.

“Villavicencio-Calderon was detained by military police officers and turned over to ICE,” Yong Yow said.

Villavicencio’s wife, Sandra Chica, said he went to deliver pizza to Fort Hamilton last week and was asked for identification by the guard who received him at the gate.

Villavicencio, who worked at Nonna Delia’s pizzeria, in Queens, produced a city identification card, but the official told him he wanted to see a state driver’s license. When Villavicencio did not produce one, the guard called ICE, his wife said.

“This is unhuman,” Chica said during a phone interview. “He was not committing any crime. He is a father who is working for his daughters. Every day our daughters ask me why their dad is not coming home.”

Chica, who was born in Colombia and moved to the U.S. a decade ago, said she is a U.S. citizen. The couple has two daughters, who are 3 and 2 years old and were born in the U.S.

The three of them attended a press conference in front of the army base on Wednesday along with Brooklyn Borough President Eric Adams and city Councilman Justin Brannan. Both politicians said they were seeking answers from Fort Hamilton.

“Is our city, state and nation any safer today because they took a pizza delivery guy off the streets?” asked Brannan.

Fort Hamilton did not immediately respond to a call and an email requesting comment. Yong Yow, the ICE spokeswoman, said that in March 2010 Villavicencio was granted voluntary departure by an immigration judge but failed to depart by July, as ordered.

“As such, his voluntary departure order became a final order of removal,” she said.

Chica said this was not the first time Villavicencio delivered pizza at the base.

“What prompted them to call ICE?” she asked. “They only care about statistics, one more deported man. They don’t care about the impact this will have on us.”

Immigrant family advocacy groups like Make the Road New York have called for an investigation. Steven Choi, executive director of the New York Immigration Coalition, said in a press release “it’s absolutely disgusting when the strongest military in the world punches down by going after pizza delivery men.” WOW!! Sound off below on this BS!!!