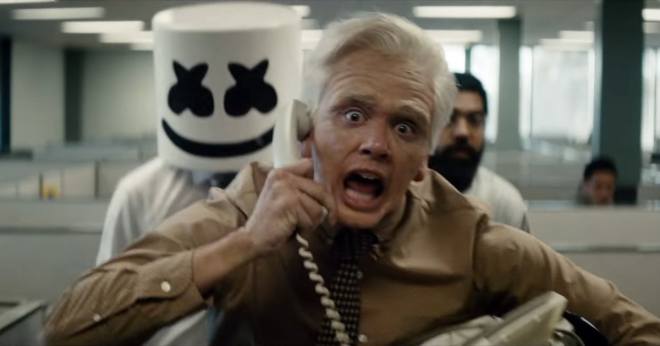 (TIML MUSIC) It’s a blessing to wake up everyday and be able to get paid for performing tasks that you would do for free. This is the message that Logic is spreading today . The Maryland native and Marshmello unleashed the cool ass video for “Everyday,” for all of the big dreamers of the world.

With Alan Ferguson handling shooter duties, Logic and Marshmello–who is featured on the song–pays tribute to films like ‘Fight Club’ and ‘Office Space,’ which explore the mundanity of working unfulfilling jobs. The video shows a dull office space, complete with ordinary workers, where Logic, after growing tired of his corny boss, destroys the office printer before yelling: “Fuck you,” to the head man in charge.

After quitting his job, Logic begins to live life. He goes skydiving, steals a car, plays basketball, among other activities.

In related Logic news, the Maryland rapper renewed his Def Jam contract for a lucrative sum of $30 million.