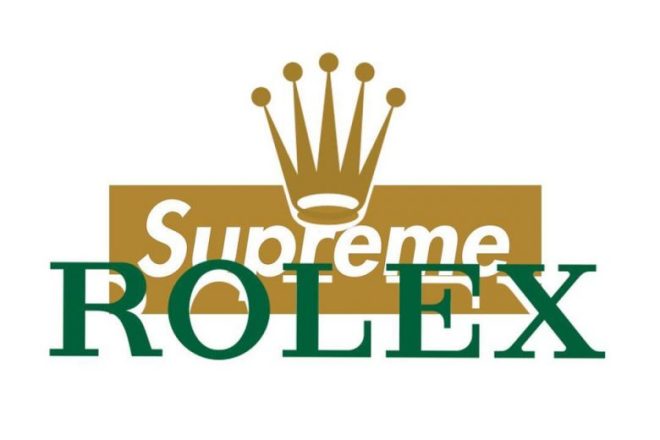 While nothing has been announced or confirmed, rumors are circulating that Supreme and Rolex are prepping a collaborative capsule consisting of both watches and apparel.

If the rumors prove to be true, it will be the first collaboration between the two brand Which would be so Lityyyyy!!!!.

However, Supreme previously tapped Bamford Watch Department for a custom Rolex Submariner. The timepieces were rumored to be limited to just 20 units and given to friends and family. They featured a box logo engraved on the back and a “F*CK EM” slogan on the dial. One hit the internet in 2015 for $50,000 USD.

So far, no one from Supreme or Rolex has commented on the rumored collaboration. Stay tuned…