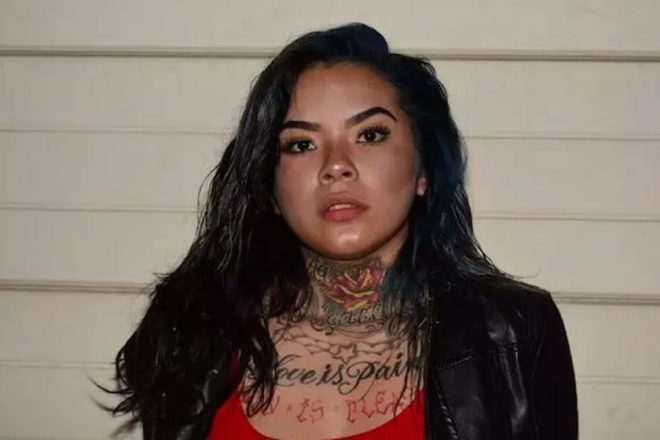 (TIML TEA)  Back in 2016, felon Jeremy Meeks swept the internet, when everyone drooled over his mugshot and gave him the nickname “Prison Bae”. His good looks even, eventually, landed him a modeling contract.

Well, there’s a new prison bae, a female the internet has dubbed the new “Mugshot Bae”. Her name is Mirella Ponce… of California. Cant front.. she sexy as fuck ya heard!!!! lol

The Fresno Police Department posted her photo on Facebook early this week, along with a custome pink pistol, while announcing her arrest.

The department revealed that she was arrested for possessing a loaded firearm on October 23, after being pulled over during a routine traffic stop. Fresno PD also says she’s a member the local street gang, TRG; and her infant child and two other gang members were in the vehicle during the arrest. 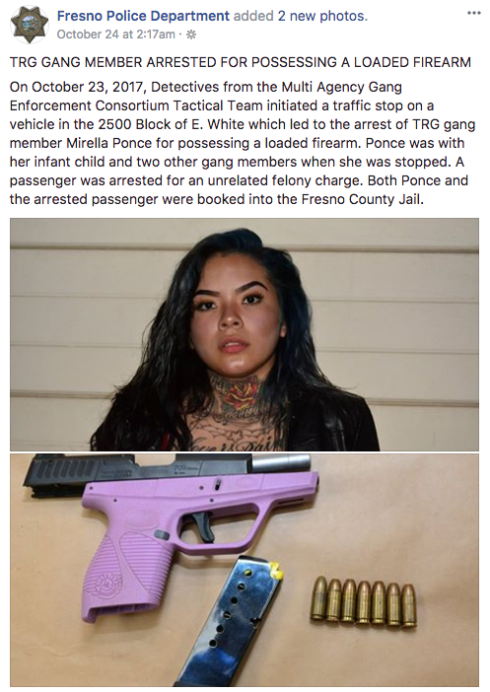 It appears many including myself didn’t care about her crime, but rather, her good looks… and shared and commented about how attractive she is.

“The only crime she committed was stealing my heart 😘,” one Facebook user commented.

“Those are the best looking eyebrows I’ve seen on this page,” wrote another user.

“Yooo I’m sending her some money for her books….. shoot I might just bail her out with her fine behind. Dear lawdddd,” another wrote.

The thrist is real. The post from the Fresno PD has been shared more than 5,000 times and has more than 1,800 comments.