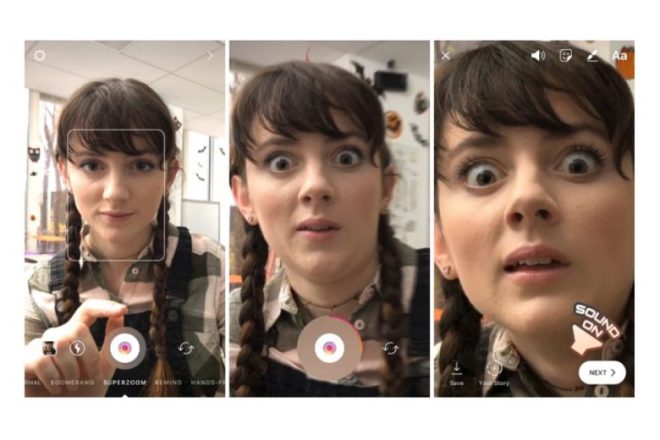 (TIML TECH) Instagram has just announced a new feature that will automatically zoom your camera when prompted to.

Dubbed Superzoom, the platform has begun rolling out the feature for both Android and iOS users, which is activated with a single tap in Stories.

After opening the Stories camera, you can highlight the tool using the front- or rear-facing camera, and then tap the button. One tap creates a 3-second Superzoom, but if you hold it down, the zoom remains longer.

Superzooms also include dramatic music to heighten the effect.

Have you tried it yet? Let us know what you think.