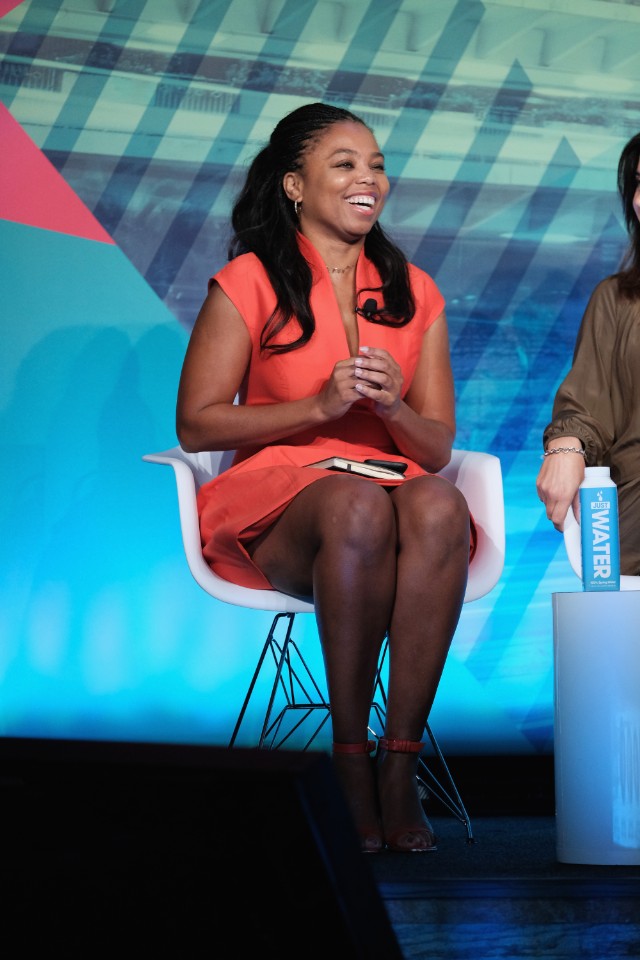 (TIML TEA) ESPN host Jemele Hill caused a firestorm after referring to Donald Trump as a white supremacist. According to the newest White House Press Secretary Sarah Huckabee Sanders, Hill should be fired by the sports network for speaking her mind about 45.’

“That’s one of the more outrageous comments that anyone could make and certainly something that I think is a fireable offense by ESPN,” she said on Wednesday (Sept. 13).

Sanders also said that she believes Trump has been steadfast in his condemnation of hate groups like the KKK, and has worked well with the black community and African American leaders.

“I know that the president has met with people like Senator Scott who are highly respected leaders in the African American community,” she said. “He’s committed to working with them to bring the country together. I think that’s where we need to be focused — not on outrageous statements like that one.”

Hill’s tweet was posted Monday (Sept. 11), and it read “Donald Trump is a white supremacist who has largely surrounded himself w/ other white supremacists.” ESPN condemned her tweet, calling it “inappropriate” and noted that it did not “represent the position of ESPN.”

The height of white privilege is being able to ✌🏾ignore✌🏾his white supremacy, because it's of no threat to you. Well, it's a threat to me.