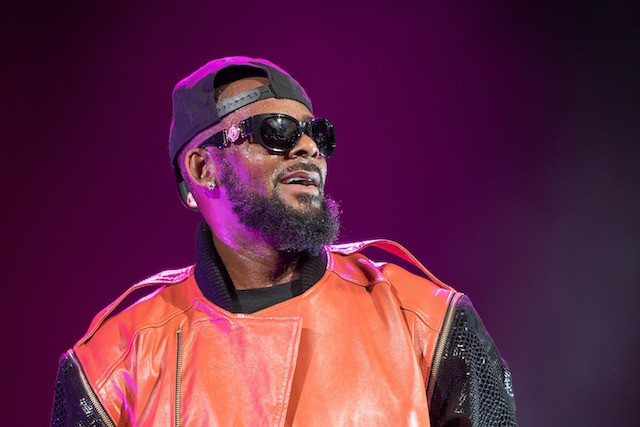 (TIML NEWS) More allegations are being lodged against R. Kelly, this time from a woman who claims he paid her to keep quiet. Jerhonda Pace, spoke to Buzzed News about meeting Kelly at age 15, and engaging in a sexual relationship with him that went on for several months.

The now 24-year-old married mother of three, was a self-professed R. Kelly super fan who staunchly supported the R&B singer during his child pornography trial nearly a decade ago, and lied about her age to get into the courtroom. It was there that Pace says she met Kelly for the first time.

They would meet again after a member of Kelly’s entourage befriended her on Myspace. Kelly later invited her to a mansion party in suburban Illinois.

“I was a bit nervous,” Pace, who says she lied to her parents to get out of the house, told Buzzfeed. “Even though I had already met him at his trial, I was like literally at his house, so it did not feel real.”

Pace admits to being “starstruck” by Kelly, and didn’t tell him that she was underage. Not long after the party, Kelly sent an SUV to bring Pace back to his mansion where he told her to undress and “walk back and forth”  like she was “modeling.”

During another visit, Pace alleges that Kelly gave her an alcoholic drink called Sex in the Kitchen (the same title as the lead single from Kelly’s 2005 album, TP.3: Reloaded) before they engaged in intercourse. She also accuses him of filming her without consent using his iPhone and a tripod.

As for her age, Pace recalled a conversation that she had with Kelly in 2009 (she was 16), where she handed him a “state ID” proving that she was a minor. Kelly intern told her to tell people that she was 19, and to “act like she was 25,” per the report.

The age of consent in Illinois is 17.

During her apparent time with Kelly, Pace says she had to follow his rules, which included wearing baggy clothes. Finally, in 2010, Pace ended the relationship after she was slapped, choked and “spit on” by Kelly when he caught her texting a friend.

According to Buzzed News, Pace’s allegations were further substantiated by a 2010 lie detector test, and legal documents. The outlet says that Pace hired a lawyer (who previously sued Kelly on behalf of other accusers) to secure the settlement, rather than pursuing charges against Kelly since he had already been acquitted on all counts in his 2008 child pornography case. However Pace claims that she didn’t receive all of what she’s owed from Kelly, which she wrote about in a 2012 email to her lawyer’s assistant, reviewed by Buzzfeed. Around that same time, Kelly faced a multi-million dollar IRS bill in addition to alimony, and child support payments from his 2009 divorce.

While her settlement includes a nondisclosure agreement, Pace decided to speak out as part of her “healing process,” and she may pursue criminal charges.

“I know speaking out against Kelly, Kelly could sue me. But I’m really not worried about it anymore. I feel like this is a healing process for me, because I’ve been holding this in for so many years, and to see that he always gets away with it, it’s just not right,” she said. “I’m just going forward with my head held high.”

She’s also concerned for other women potentially being “brainwashed” by Kelly, and believes that a fellow super fan, who met Kelly when she was 17, has been been living with him since 2009.

Kelly hasn’t commented on the latest allegations, although he denied recent reports of holding various women hostage in a sex cult. WOW!!!