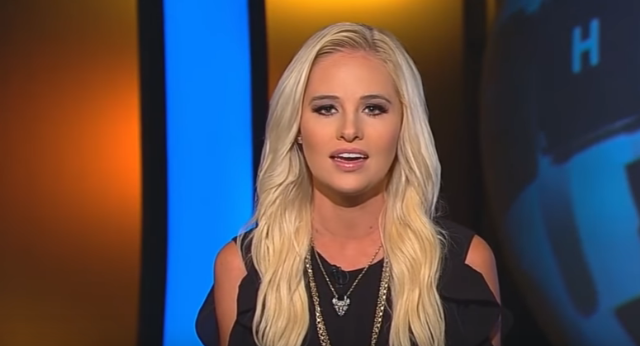 (TIML NEWS)Tomi Lahren,  who still doesn’t have a job by the way, decided to match political wits with Chelsea Handler this weekend at Politcon, a convention in Pasadena, Calif. The staunch conservative and clever liberal who were almost always on two different side of the  political fence spoke  in depth about the failed attempt to repeal Obamacare.

This stance from Lahren, the former talking head of The Blaze, isn’t a surprise. However, what did come as a shock to many in the audience was when Lahren revealed she actually isn’t paying for her own health insurance.

“Do you have a health care plan or no?” Handler asked

Members of the audience were beside themselves, some even laughing at the blatant hypocrisy demonstrated.

“That’s exactly what I’m saying,” Lahren said over the laughing crowd. “To say there are things from Obamacare that are not positive, that’s not true.”

Okay, girl. Whatever you say LOL