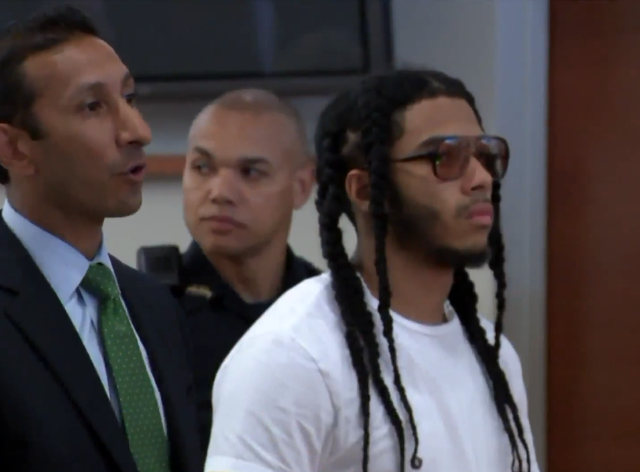 (TIML NEWS) After spending a year behind bars at Rikers Island for an alleged shooting that multiple witnesses and the victim said he did not commit, Pedro Hernandez, 17, makes bail thanks to the Robert F. Kennedy Human Rights organization.

His mother, Jessica Perez, spoke with us, disclosing he walks a free man Thursday night (July 27). “The RFK organization managed to lower his bail to $100,000, and they’re posting his bail tomorrow! I am so thankful RFK came to the rescue!” she said via text message. “While criminal charges are pending, I hope NYPD doesn’t harass him and that he can heal mentally.”

Hernandez, an honor student months away from attending college on a full scholarship, was arrested in 2016 and accused of shooting a fellow teen in the leg (witnesses have it on record they were coerced into saying he did it). Hernandez endured repeated pressure to accept a guilty plea agreement that would see him on probation for five years, but expressed his desire to prove his innocence in court.

“No one should disappear into a jail as notorious as Rikers Island simply because they can’t afford bail,” said Robert F. Kennedy Human Rights President, Kerry Kennedy. “The clear injustice of Pedro Hernandez’s situation breaks my heart, as it should the hearts of all New Yorkers who desire an effective justice system.”

As a family we want to extend our feeling of appreciation to every single person who stepped forward, and donated money on this crowdfunding page for Pedro. We are extremely grateful for all the amazing people/families who supported this cause to bring Pedro home and have him here to begin his future and go onto college soon. However, due to the requirements on the bail we later found out that we were being demanded to show proof of where the money was coming from in which was over 3,ooo supporting donors. Each of you would have been asked to show bank statements, and be checked to assure you are “legal”. Thanks to Kerry Kennedy, and the Robert F. Kennedy Human Rights Organization Pedro will be home as soon as tomorrow. They reviewed the injustices happening and personally reached out to me with a helping hand. A wonderful lawyer came to represent the organization and go in front of a judge to remove the surety so they can post the bail. For unknown, yet questionable reasons the prosecutor didn’t oppose to them posting bail, and also decided to lower the bail amount to 100,000$. The money donated by you all will go towards first legal assistance for Pedro, because the case still is ongoing. It will also be used towards educational fees for Pedro, as well as to support others in hardships like Pedro’s. We will like to keep everyone aware that yes Pedro is standing up for all innocent people being accused of a crime they did not commit. For those who are sitting in jail unable to post an outrageous bail amount, and just in general many others. However he isn’t the only one in this harsh reality of our “justice” system, there are many of our youth incarcerated unjustly that don’t have a voice. I will like to thank those in our nation that still believe in our constitutional rights, and showed their support. As first stated….. with complete sincerity & gratuity  -The More hopeful family of PedroIt is not necessary that you continue donating!!!! Thank you!

Pedro Hernandez has officially been released from Rikers Island. By his side in the photo below are his mother, RFK Young Leaders Manager Sierra Ewert and human rights lawyer Wade McMullen. Major applauds to this young man…So many more are still trapped in the belly of the beast that i personally know smh.

One thought on “Bronx Teen At Rikers Makes Bail “Thanks To The Robert F. Kennedy Organization””