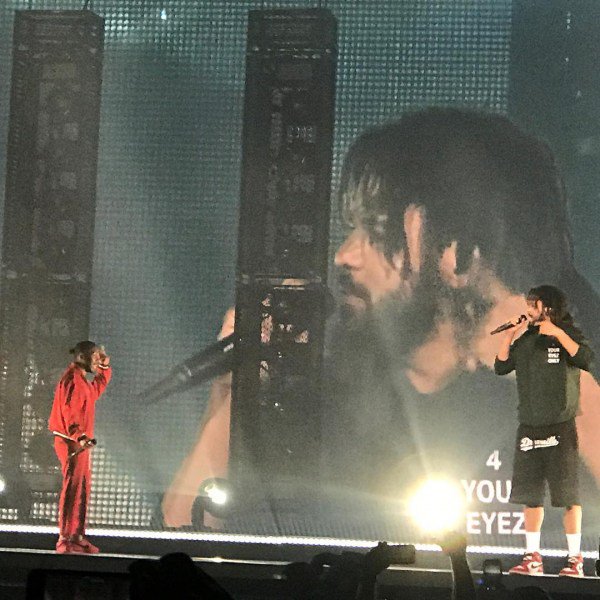 (TIML MUSIC) Kendrick Lamar and J. Cole are two of the biggest rap stars out right now. Both have been intertwined as they started to get discovered around the same time (the late ’00s), and there have been rumors since then that the two have a project in the works for ages. They’ve remixed each other’s songs at times, and Kendrick has appeared on J. Cole’s Born Sinner album. But no matter how the competition (created from fans of both) between the two, they’re still friends, and that showed last night on stage in Detroit.

Kung Fu Kenny made a stop in the Motor City on his nationwide DAMN. tour, and Cole just so happened to be in town. Kendrick, not one to bring too many guests out on his stage, invited Cole to join him.

The two performed three Cole songs — “Deja Vu,” “No Role Models” and “A Tale Of 2 Citiez” — together, trading off verses and showcasing their natural chemistry. Whether they ever release a joint album or not remains to be seen, but little moments like this remind us that they just might be able to pull it off.