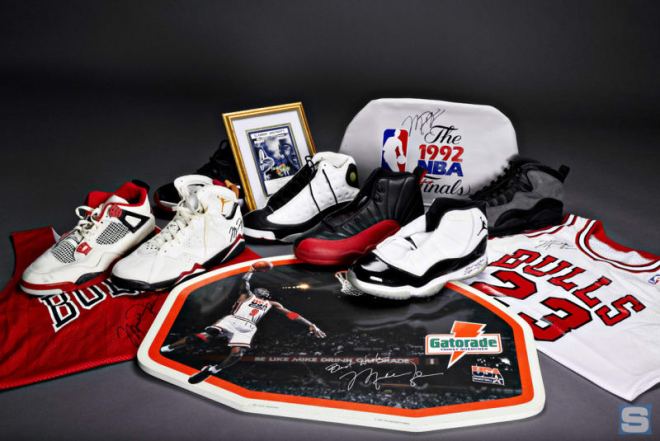 (TIML NEWS) Former Gatorade VP Bill Schmidt’s collection is up for grabs. An old friend of Michael Jordan is looking to cash-in on all the memorabilia he’s collected from the hall-of-fame player over the years, but for a good cause. Meet Bill Schmidt, the retired VP of Marketing of Gatorade who’s been sitting on a small fortune’s worth of Michael Jordan game-worn sneakers, jerseys, and other collectibles that were gifted to him by MJ over a span of a decade.

“I turn 70 at the end of the year and I’m in good health, knock on wood. If something happens to me, I don’t know what they are going to do with this stuff,” Schmidt told Sole Collector. “Somebody else can enjoy it. It would afford me the opportunity to take care of some other people and other causes as opposed to donating the shoes or whatever. They’ll probably benefit more from the financial side of things.”

Schmidt was the man responsible for signing Jordan to his Gatorade deal in 1991. Remember the “Be Like Mike” campaign? That was him.

“He was great. Literally, he was fantastic. He loved the brand, loved the people, loved what we did, and he was the centerpiece of Gatorade without question.”

The retired exec says that he and Jordan developed a close relationship during Schmidt’s tenure at Gatorade, as they both connected on being athletes (Schmidt was an a track-and-field Olympian, winning a bronze medal in the 1972 Summer Olympics).

The relationship yielded plenty of swag for Schmidt, too, as he was around Jordan a lot during campaign shoots and other key moments of his hall-of-fame career.

“Nike would send shoes in and I’d also get him to sign some things,”  Schmidt said. “Then I’d go give them away to charity.”