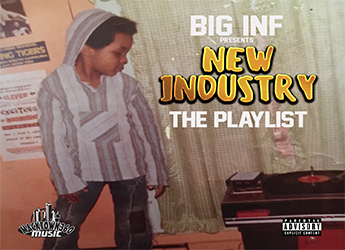 Ali Vegas is no stranger to Hip Hop and has challenged those who are considered legends in Hip Hop. Ali says he did not let Nas or DJ Clue stop him from what he does. Listen & Stream Big Inf and Ali Vegas on ‘Vicky‘ below.