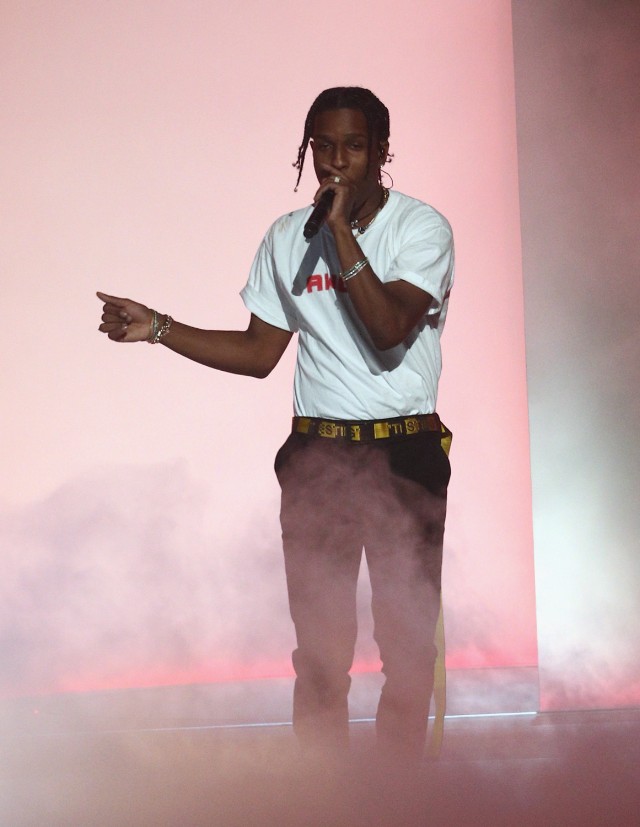 (TIML NEWS) Under Armour has reportedly tapped A$AP Rocky to become the new face of the brand’s lifestyle footwear and apparel.

Alongside actor Dwayne “The Rock” Johnson and Golden State Warriors star Stephen Curry, Rocky is said to be the latest addition to the Baltimore-based brand’s lifestyle category, according to Susquehanna Financial Group analyst Same Poser.

After experiencing an increase in sales in 2015 and 2016, the brand has been struggling to meet sales expectations as stocks continue to dip. According to last Thursday’s report, shares have dropped 7 percent. The brand would be reaching wider demographics after signing with Rocky, who holds a whopping 6.3 million Instagram and 1.63 million Twitter followers.

The rapper is no stranger to the fashion realm: He’s previously teamed with American clothing brand Guess to create two capsule collections titled Guess Originals X A$AP Rocky and has also designed a collection with popular sportswear manufacturer Adidasunder the Originals imprint. Rocky’s rap career has also steered him into the world of high-fashion luxury, where he was seen as the face of Dior’s Fall/Winter campaign in 2016.