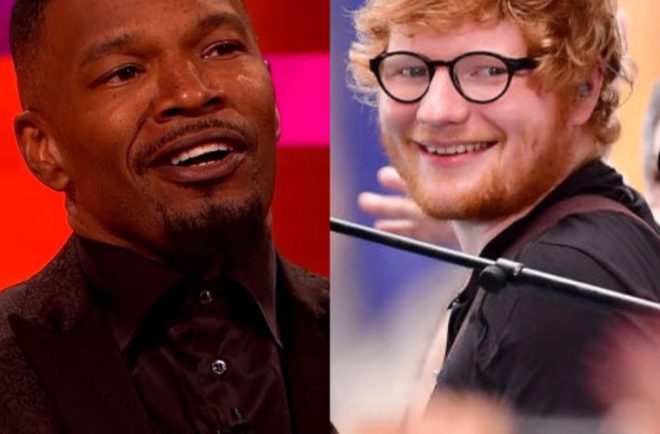 (TIML TEA) Ok so how many of you knew that Ed Sheeran crashed at Jamie Foxx’s crib before he blew up? During an appearance on The Graham Norton Show, Jamie revealed that Sheeran slept on his couch for six weeks before he was famous.

At the time, Jamie was doing a satellite show out in LA and Sheeran reached out to him to listen to his music. Jamie ended up being so impressed with the singer’s talent that he offered him a place to stay.

“So he plays and I was like, you’re incredible,” Jamie explained. “I said listen, I know you don’t have anywhere to go just chill here.”

Jamie also recalled when he took the singer to perform live in front of 800 black people in downtown LA and Sheeran got a standing ovation in 12 minutes. “And the rest was history,” said Jamie. wow you seems Ed Shareen paid some major dues before he got his big break. Sound off below!!!