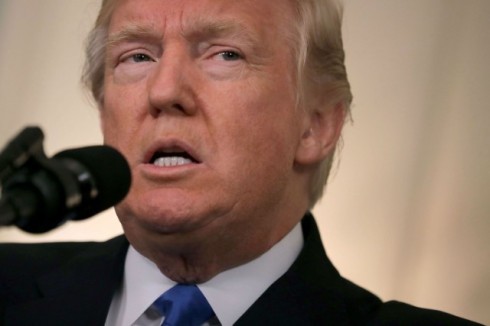 (TIML NEWS) Australian Journalist Chris Uhlmann went viral Sunday (July 9) for his searing description of Donald Trump following what he describes as his awkward appearance at the G20 summit. Known for his frank opinions, Uhlmann’s assessment of Trump left many who viewed the two minute and 20 second video in awe.

Wow. A searing assessment of the President of the United States by political editor @CUhlmann of Australia's ABC. pic.twitter.com/TnfUwAPkOP

Uhlmann, a seasoned political editor for the government funded Australian Broadcasting Corporation, said Trump  has “no desire and no capacity to lead the world” and that his supporters may see glimmers of hope when they hear him read prepared speeches, but should know the real man is the one who uses his social media to attack Western agencies.

“[He is] a man who barks out bile in 140 characters, who wastes his precious days as president at war with the west’s institutions like the judiciary, independent government agencies and the free press.”

Uhlmann also said Trump had a perfect opportunity to rally the other world leaders behind him had he made a stand against North Korea’s missile test, but a las, he failed to even execute the most simple of alley-oops.

“Where was the G20 statement condemning North Korea which would have put pressure on China and Russia? Other leaders expected it, they were prepared to back it, but it never came.”

The blistering observation of Trump’s leadership (or lack thereof) also included his characteristics, which Uhlmann described as someone who was being tolerated, not celebrated or welcomed, at the summit.

He was an uneasy, lonely, awkward figure at this gathering and you got the strong sense that some of the leaders are trying to find the best way to work around him.”