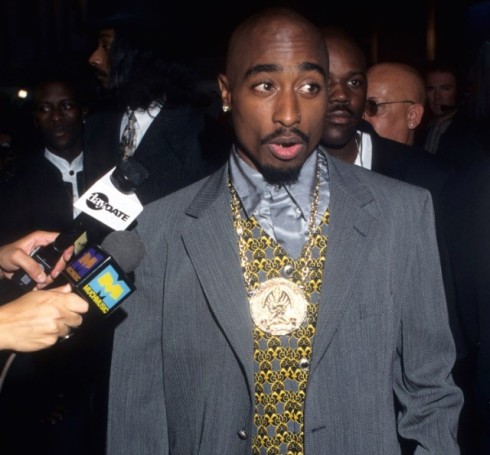 (TIML NEWS) Wow….In an handwritten letter Tupac penned to Madonna, the late rapper confessed to ending his relationship with the Material Girl because she’s white.

In documents obtained by TMZ, the 22-year-old letter finds Tupac in a reflective space where he confesses he thought their relationship would damage his career and “image.”

“For you to be seen with a black man wouldn’t in any way jeopardize your career, if anything it would make you seem that much more open and exciting,” the letter reads. “But for me, at least in my previous perception I felt due to my ‘image’ I would be letting down half of the people who made me what I thought I was.”

Tupac also said part of the break-up came from his ego. In the letter, Pac references an interview Madonna did in which she alludes to dating multiple men. Feeling hurt, Pac says ending their relationship was his eye for an eye.

“In an interview where you said ‘I’m off to rehabilitate all the rappers and basketball players” or something to that affect, those words cut me deep seeing as how I had never known you to be with any rappers besides myself. It was at this moment out of hurt and natural instinct to strike back and defend my hurt and ego that I said a lot of things. In the time since, as you can see, I have grown both spiritually and mentally. It no longer matters how I am perceived. Please understand my previous position as that of a young man with limited experience with a extremely famous sex symbol.”

The three page letter will being auctioned off July 19-28 by Gotta Have It Rock and Roll, with a starting bid of $100,000, but expected to go for more. Sound off below!!