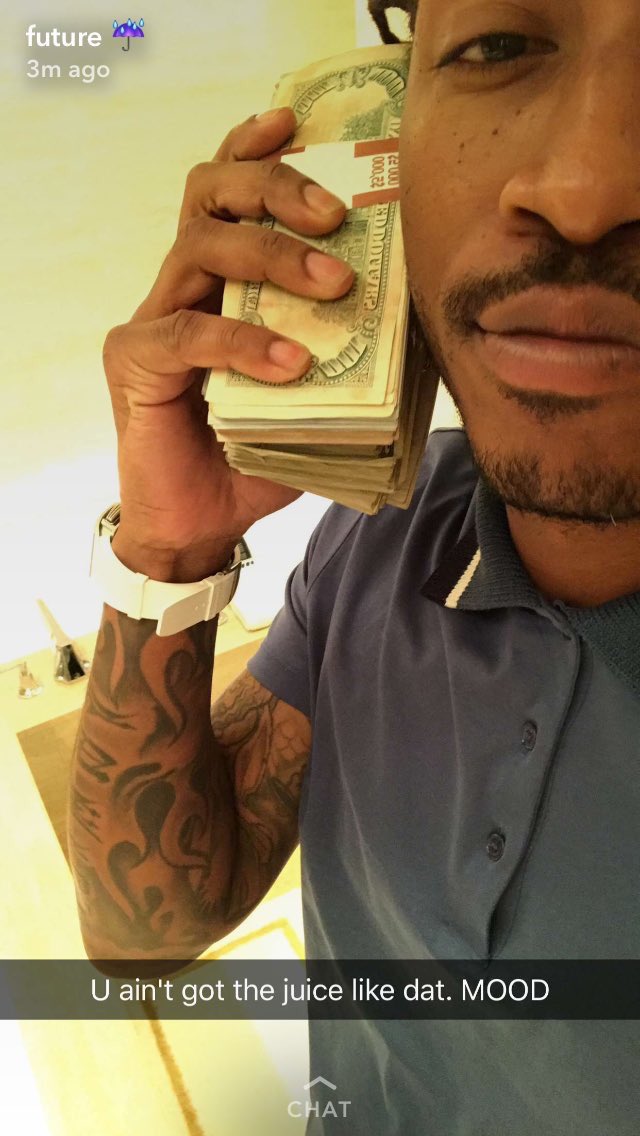 (TIML NEWS) It looks like Boosie Badazz isn’t the only one who doesn’t like JAY-Z telling the youngsters to stop stunting cash phones.

You’re on the Gram holding money to your ear, there’s a disconnect / We don’t call that money over here,” rapped JAY on his 4:44 track ‘The Story of OJ.’

While Boosie got mad and told Hov he’s not the boss of the South, Future had a more comic response to Jay’s advice.

JAY-Z actually takes a more direct jab at Future on the album’s opening track ‘Kill JAY-Z’ when he raps “In the future, other niggas playin’ football with your son

Future hasn’t said anything about JAY’s Russell Wilson-Ciara shade yet. But maybe that well-stacked Snapchat image was Mr. Hndrxx’s way of telling Hov he’s watching him.