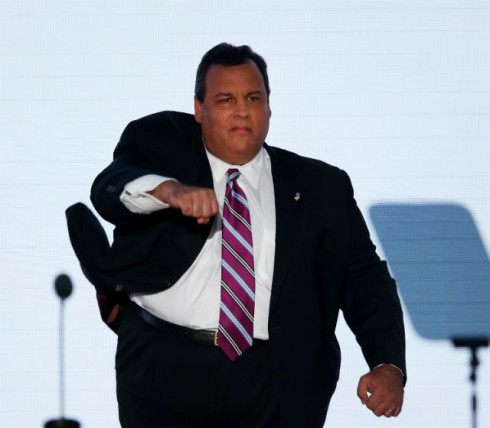 (TIML NEWS) Take this political snafu with Governor Chris Christie (R-NJ) as another running joke during the Trump era of politics. The former presidential candidate has been the the subject of ridicule after he was caught hanging out on a beach with his family after closing it to the public.

The New York Times reports public beaches and parks were closed for the holiday weekend due to the state’s current government shutdown. That didn’t seem to be a problem for the politician and his family. On Sunday (July 2), photos taken by the The Star-Ledger of New Jersey revealed Christie soaking up the sun with his family at Island Beach State Park.

There are so many to choose from, but I personally think this is the most devastating of @AndyMills_NJ's Christie photos. pic.twitter.com/AAEyJbgzEj

Because of his political status, the 54-year-old was allowed to use to the beach house at the park provided by the state. After his beach trip, Christie took a state-funded helicopter to a press conference and provided no apologies for enjoying the perks of a government position.

When asked if his actions were fair to the thousands of residents and tourists blocked from the beach, Christie said, “That’s just the way it goes. Run for governor, and you can have a residence there.”

Christie caught the most criticism on social media where he was dragged for really not giving a f**k.