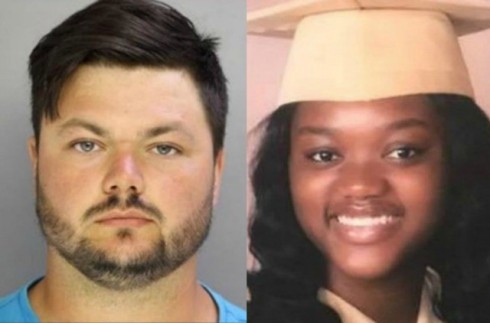 (TIML NEWS) After a four-day manhunt, police in Pennsylvania have apprehended a man for killing a teenager during what is being described as a “road rage” incident. David Andrew Desper, 28, surrendered to authorities early Sunday (July 2), for the fatal shooting of 18-year-old Bianca Roberson.

“This is the story of a savage and senseless murder. Someone didn’t want her to merge into a lane of traffic,” District Attorney Tom Hogan told the media of the fatal run-in.

Roberson was returning from a shopping trip on Wednesday (June 28) evening when she and Desper apparently attempted to merge into the same lane. During what was pegged as a “cat and mouse” game on a Pennsylvania highway, Desper pulled out his legally owned weapon and shot Roberson in the head.

Her death is the second tragedy for the family, after Roberson’s brother died four years ago.

“As Bianca was merging from two lanes to one, there was a man in a red pick up truck also merging down and they jockeyed for position and he wasn’t happy,” Hogan said. ”So he pulled out a gun and shot Bianca in the head, killing her instantly.”

Authorities recovered Roberson’s body in a ditch after her car careened into a tree. The recent high school graduate, who had planned to attend Jacksonville University in the fall, was pronounced dead at the scene.

Earlier in the day, Roberson was school shopping with her mom and grandmother. The family went their separate ways and planned to meet up at home.

Roberson’s grandmother drove by the murder scene, without knowing that her granddaughter was the victim. “I hope it’s not Bianca,” the teen’s grandmother reportedly told herself.

Meanwhile, Desper fled the scene in a red truck, prompting a manhunt and a $5,000 reward for information leading to his arrest. State police also released a composite sketch of Desper.

Authorities were able to track down his vehicle over the weekend, through recordings from video surveillance. They later recovered the 40-caliber semi-automatic handgun (used to kill Roberson) at Desper’s home, as well as his license to carry the firearm.

Desper is charged with first-degree murder and is being held at Chester County Prison without bail.