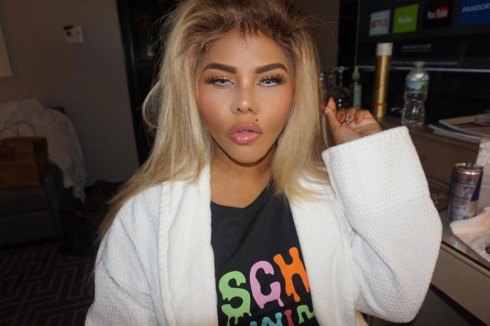 (TIML NEWS) The LAPD is looking to question Lil Kim, after her crew allegedly robbed a woman over a BET party house, reports TMZ.

Police say the rapper rented a house for a BET weekend party… but apparently, she didn’t like it.

Early Sunday morning (June 25) at around 2 a.m., Kim and her crew went to check out the house and didn’t approve, so they demanded their money back. When they refused, an argument took place and police were called… but officers were unable to help resolve the matter because it was a civil matter.

Kim’s crew left, but two hours later, a group of people showed up at the house with ski masks and weapons, reportedly stealing Kim’s deposit check and cash, coming out to around $20,000.

They also slashed all of the victim’s tires and stole a hubcap.

The LAPD has launched a robbery investigation. Damn smh Sound off below!!