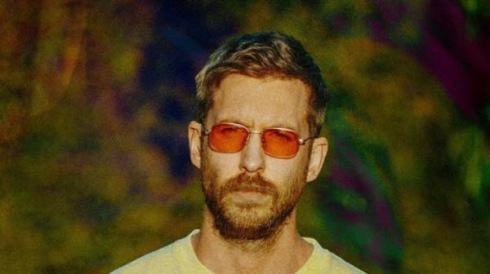 (TIML🎶MUSIC) The reinvention of Calvin Harris as a convertible-driving, California-dwelling, summer song-crafting pop savant continues. In the last few months, he’s released the flawless “Slide” with Frank Ocean and the Migos, announced an album that features almost everybody, and followed that announcement up with “Rollin'”—basically “Slide 2.0″—alongside Future and Khalid.

Where those collaborations made obvious sense—Khalid and Frank Ocean hold the R&B melodies, Future and the Migos spar around them—the latest single from Funk Wav Bounces Vol. 1 picks from a broader pool. “Feels,” released this morning, features Katy Perry, Pharrell Williams, and Big Sean. It sticks to Harris’s 2-4 off-beats and sunshine aesthetic. There are organs in the background that border on kitschy, though I’m not sure Harris—whose album teaser sees a parrot dropping the needle on the record—is afraid of that anymore.
And nor should he be! Katy Perry’s hook is catchier and more satisfying than just about anything on Witness, Pharrell sounds like he’s having fun singing about virtual reality, memory, and electricity, and Big Sean… he’s there too! It’s not his fault that he doesn’t make an impact, it’s just that the cocaine pop and 80s beats that Harris is putting out right now can make any rapper sound like a novelty act. Big Sean doesn’t have the idiosyncrasies of Future or the Migos, so he does well to escape without any damage.