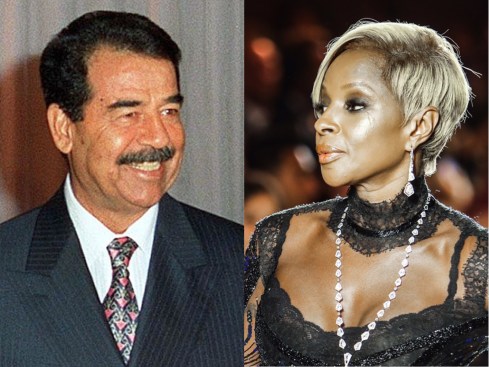 A former soldier named Will Bardenwerper has just published a book titled “The Prisoner in His Palace: Saddam Hussein, His American Guards, and What History Leaves Unsaid.”

The new book claims the soldiers guarding Saddam developed a cozy relationship with the former leader of Iraq, after he was captured by US troops and ask, for crimes against humanity.

In addition to loving American shows like Sesame Street and movies like Dracula, “The Prisoner in His Palace” revealed that Saddam was a huge fan of hip-hop, especially Singer Mary J Blige.

In addition to rap music, Saddam apparently love Cohiba cigars, which he stored in an empty box of wet wipes.

According to the books, Saddam Hussein also enjoyed buses and exercise a portable bike which he nicknamed “Pony.”

“The Prisoner in His Palace: Saddam Hussein, His American Guards, and What History Leaves Unsaid” will be released next week.