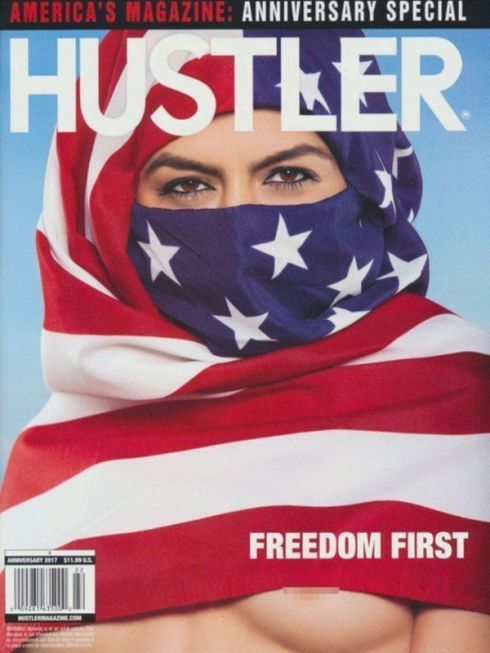 That alone is not newsworthy, but considering the political climate of late, the magazine is seeing just how far it can challenge patriotic ideals in Trump’s America.

The new cover, first pointed out by Barstool Sports, features a brown-eyed model with an American flag fashioned as a hijab, a headscarf that many Muslim womenwear. Peeping out from beneath is a bit more than an outline of the model’s breast. The cover’s text reads, “America’s Magazine: Anniversary Special” and near the bottom, “Freedom First.”