Skip to content
Posted on May 31, 2017 by TIML Staff Posted in Celeb Chatter, Entertaiment, Music, UncategorizedTagged Floyd Mayweather Talks Modern Rap, Making It Okay To Be A Junkie (VIDEO), Thisismoscatolife 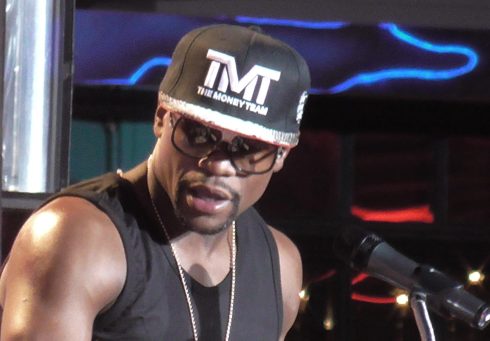 Mayweather is also the founder of the TMT Music Group which is the label home to rapper Lil Jamez.

During an interview with DJ Whoo Kid, the undefeated prize fighter-turned-promoter spoke about current Hip Hop.

“Rap has took a heavy turn. At a particular time, rap was all about the lyrics. Now it’s a little different,” Mayweather stated.

The 40-year-old athlete also questioned why his frenemy 50 Cent was not given more industry awards for his music-based accomplishments.