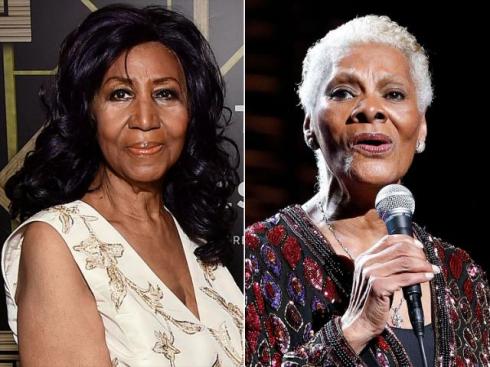 The 75-year-old “Natural Woman” singer sent the Associated Press a “lengthy fax” on Monday, and spoke to the wire on the phone on Tuesday, accusing Warwick, 76, of making up a story that she was Houston’s godmother.

“She blatantly lied on me… fully well knowing what she was doing,” Franklin tells the AP.

Franklin claims Warwick’s statement was “libelous.” At the time, Warwick told funeral-goers that Franklin was in attendance and introduced her, but then realized she wasn’t present.

“Ree’s not here, but she is here,” Warwick said. “She loves Whitney as if she were born to her. She is her godmother.”

Franklin could not attend Houston’s funeral due to swollen feet and a scheduled performance later that night at Radio City Music Hall in New York, which she tells the AP she was contractually obligated to do.

Even though Cissy Houston, Whitney’s mother, said later that Franklin was not the “I Will Always Love You” singer’s godmother, Franklin was still bothered by the comment.

She continues, “We’ve never been friends and I don’t think that Dionne has ever liked me.”

When asked for a comment by the AP, Warwick’s rep said, “She will not dignify a response to the statement made by Aretha Franklin.”