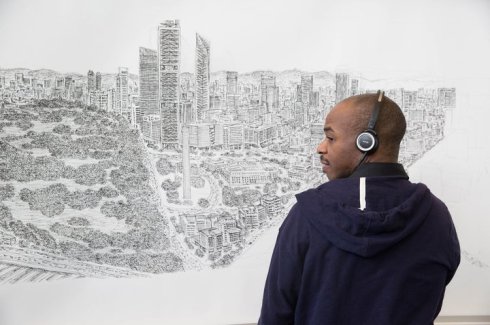 Wiltshire, who was diagnosed with autism at age 3, would sketch images of the wilderness and caricatures of his teachers as a young boy. After one teacher began to take notice of his capabilities, she entered his work in art competitions, which garnered him local recognition. At just 8 years old, he was commissioned by the British prime minister to draw the Salisbury Cathedral, according to a profile by National Geographic last week.

The London-based artist has since been recognized by neurologist Oliver Sacks ― whose entire home Wiltshire was able to draw after a quick visit ― and Prince Charles, who honored Wiltshire with the title of Member of the Order of the British Empire.

But the elite aren’t the only ones

who have been following Wiltshire’s work.