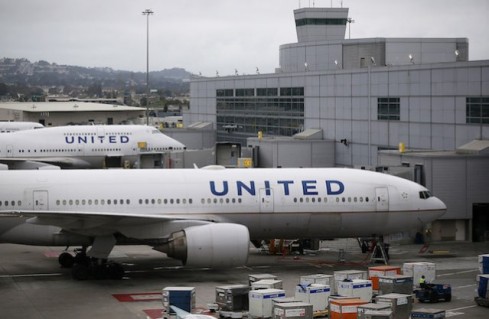 (TIML NEWS) United Airlines is sticking to their buddy pass policies after two young girls traveling with them were asked to change out of leggings, an attired deemed “inappropriate” by the airline.

The conundrum began on Sunday (March 26), when passenger Shannon Watts narrated the incident from the Denver International Airport on social media. While Watts was boarding her flight to Mexico, she noticed two upset young girls who were turned away from the gate traveling to Minneapolis.

Watts said the girls–one of them as young as 10-years-old–were forced to change out of their leggings because the United Airlines employee stated their attire wasn’t appropriate for traveling. The parents appeared “frantic” as they went back and forth with the staff.

A 10-year-old girl in gray leggings. She looked normal and appropriate. Apparently @united is policing the clothing of women and girls. https://t.co/RKsIFoE8pq

After the mother put a dress on her youngest daughter, the family was allowed to board the flight. “The girl pulled a dress on,” Watts said. “But please keep in mind that the dad had on shorts that did not hit his knee — they stopped maybe two or three inches above his knee — and there was no issue with that.”

While it may have looked like the airline’s rules applied to all customers, the company quickly released a statement to say the family was traveling under the buddy passes used by employees and their dependents. Those who use the passes invoke the “Contract of Carriage, Rule 2″ which requires travelers to dress appropriately while representing the company.

“It’s not that we want our standby travelers to come in wearing a suit and tie or that sort of thing,” Jonathan Guerin, a spokesman for United, told the New York Times. “We want people to be comfortable when they travel as long as it’s neat and in good taste for that environment.”

Travelers are considered stand-by customers who have to wait until every paying customer has boarded before they’re given a seat. Their behavior will also be held in high regard. If a stand-by customer flying under the “pass traveler” tickets is unruly, this can mean big trouble for the employee.

The passengers this morning were United pass riders who were not in compliance with our dress code policy for company benefit travel.

I have flown united before with literally no pants on. Just a top as a dress. Next time I will wear only jeans and a scarf.