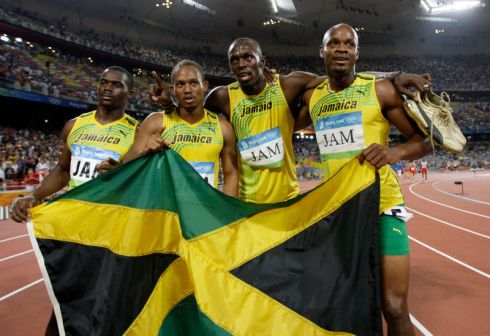 (TIML NEWS) Usain Bolt lost his claim to the title of ‘triple-triple’ Olympic champion when a Jamaican 4 x 100 metres team-mate retrospectively tested positive for a banned substance and caused the 2008 Beijing gold medal winners to be stripped of their title.

Bolt, the world’s greatest track-and-field star, is now the only one of six sub-9.79 sec 100m runners not to have committed a doping violation, with double Olympic champion Nesta Carter caught out in the reanalysis of urine and blood samples from the Beijing Games.

Carter, the sixth fastest 100m runner of all time, ran the opening leg of the Olympic 4 x 100m final nine years ago as Jamaica stormed to victory in a then world-record 37.10 sec, helping Bolt to a clean sweep of sprint titles as he burst on to the global stage at his first Games.

The Jamaican did not compete in Rio and has been fighting to clear his name, but the International Olympic Committee confirmed his sample had tested positive for the prohibited substance methylhexaneamine.

All four members of the Jamaican relay team – which also included Michael Frater and Asafa Powell – have now been stripped of their medals from Beijing 2008, ruining Bolt’s perfect Olympic record of 100m, 200m and 4x100m triumphs from three Games.

Original Beijing 4x100m silver medallists Trinidad and Tobago are likely to be upgraded to gold, with Japan boosted to silver and Brazil bronze.